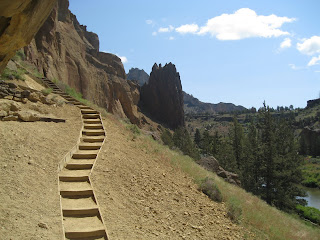 It’s been about three years since I’ve been to Smith Rocks. I’d forgotten how beautiful it is. Located in central Oregon, it takes a fair amount of driving from any direction to get there. We drove in from Portland after divisionals, meaning we drove past Mount Hood, the largest mountain in Oregon. It just got better from there.
I decided to go back to Smith with my friend Charlie Andrews so we could climb together and hang out for our first week of no-school summer. Pretty awesome. After driving for about three hours, we arrived at Smith to meet up with team Rocksport from Reno and we all went out for dinner in town after setting up tent.
After dinner, we decided to make a spur of the moment run back into the park to grab some huckleberry ice cream from the small family-owned climbing shop just outside the campground. Just saying right now… best. ice cream. EVER. If I was going to quit climbing right now, I would still make it all the way back out there just for that ice cream. It’s that good. Anyways… I had a double.
The next morning, we headed out a little later than we were hoping, mostly due to the fact Charlie and I had watched Superbad in my tent the night before with Lucas Larson, one of our friends from Reno. We lathered on the sunscreen, took off our shirts, and hiked down into the Smith Rocks River gorge.
Charlie and I decided to warm up on Heresy (11c). This four-bolt mini route is on the far right side of the Christian Brothers Wall, and it’s probably one of the shortest fun routes I’ve done. I did this climb when I was 11, and until then, it was by far my hardest send at Smith. Charlie hopped on it first, onsighting it and putting up the draws for me. I sent it first go as well, but it was still a little harder than I remember. 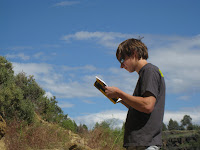 Charlie looking up climbs in the guide

Our next challenge turned out to be the most classic climb at Smith that you can get, Chain Reaction (12c). According to many different [questionable] sources, this is the most photographed climb in America. Apparently, it also made the cover of Newsweek in the mid 90’s. I’ll have to look into that.
I started working it first, making the sketch first clip at about 20 feet with a great deal of nerves almost getting the best of me. The crux for me was at the 3rd clip, where you have to make a couple moves up the arête while keeping your balance on really bad left crimp. I was able to get up it first try, but it took me 3 more goes to actually send it, not including one where I pulled on only to have my foot pop off and almost deck. Charlie sent the route on his second go, then did it again for the cameras. Proud, dude! 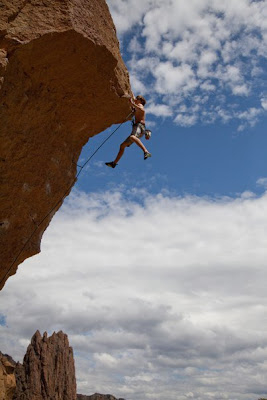 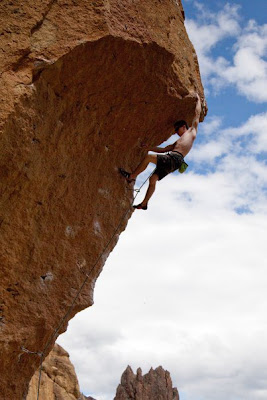 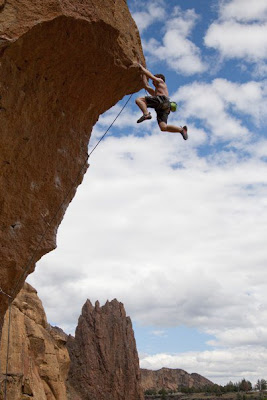 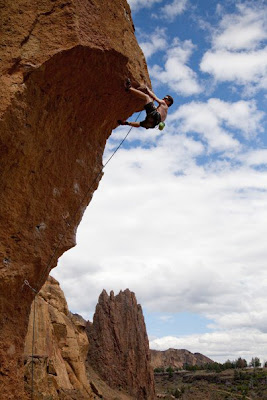 (all photos: Eric Wang)
After our double send of the route, we decided to go work Churning in the Wake (13a), recommended by Alex Fritz, who sent it on his last trip here. It’s a seven-bolt crimp route starting off with some powerful monos with the crux at the very last move, coming off of bad holds to a dyno to the finish. I got to the last bolt on my first try, but I think I might need to work it a bit more to figure out all the beta. Charlie had a one-hang on his second go, so I think he can do it pretty soon. We headed out after that, promising to ourselves we’d come back the next day. 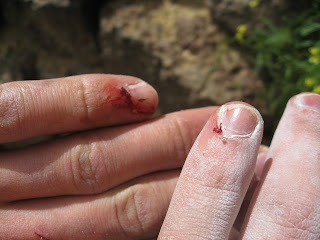 The next morning we woke up to… rain. Lots of it. This meant no climbing, and a very wet and muddy packing out of the whole park. As we left the park, I managed to catch one last glimpse back at Smith, taking in all of its natural beauty. I want to come back to this place, I thought to myself. I’m pretty sure I will. 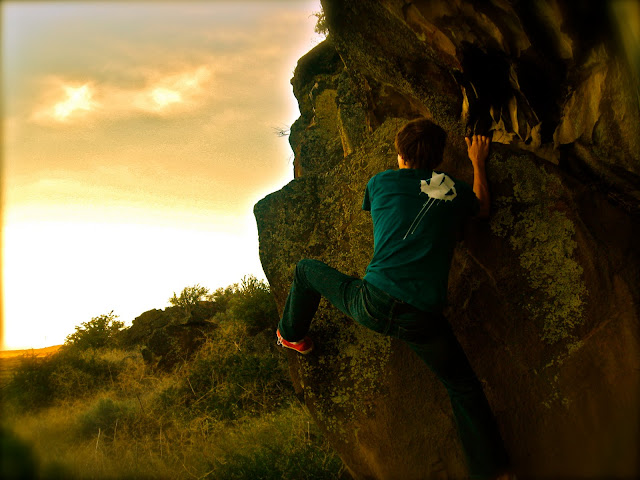