“There is nothing so American as our National Parks. The scenery and the wildlife are native. The fundamental idea behind the parks is native. It is, in brief, that the country belongs to the people, that it is in process of making for the enrichment of the lives of all of us. The parks stand as the outward symbol of the great human principle.”

These were the words delivered by the 32nd President of the United States during a radio address from a small cabin in Glacier National Park, Montana. His speech came at a time of major economic shift in the country as Roosevelt enacted his New Deal policy, which included a transfer of 56 national monuments and military sites from the Forest Service and the War Department to the National Park Service. Looking back, his vision to preserve our greatest natural playgrounds for future generations still stands as one of the best political decisions of all time, at least in my book.

For the past five months, I’ve had the chance to explore the American Southwest from an entirely new perspective. Having grown up in beautiful Northern California, I moved to the east coast in 2012 to study mechanical engineering in Boston at Northeastern University. One of the main attractions of Northeastern for me was their co-op program, which encourages their students to take part in six-month paid internships (co-ops) interspersed between years of school. For my most recent co-op, I landed a position at NASA’s Jet Propulsion Laboratory (JPL) in Pasadena, California to work on the robotic arm of the 2020 Mars Rover.

Working at JPL was one of the coolest experiences I can imagine. From an early age, I’ve been obsessed with space travel and the exploration of the universe, probably since I saw Star Wars for the first time. Contrary to what its name suggests, JPL does not build jet engines anymore, but instead is a federally funded NASA research center dedicated to the robotic exploration of space. JPL is responsible for sending the first-ever US satellite into orbit, landing rovers on Mars, and sending spacecraft farther into the outer reaches of the solar system than any other organization on Earth. Having the opportunity to be a part of history by contributing to the next chapter of human space exploration was truly out of this world.

One of the best perks about being a JPL employee is that we got every other Friday off, given that we worked a minimum of 80 hours over two weeks. To take as much advantage as possible of these extended weekends, some of the other Northeastern co-ops and I decided to use the extra time to explore the nearby National Parks and really get a feel for one of the most scenic natural areas in the country. We ended up visiting five total parks, on average one park per month, starting with Joshua Tree and finishing with Yosemite.

This time period marked a major lifestyle change for me personally. With a background in competitive climbing, I’d become accustomed to a yearlong indoor training cycle with my primary focus being maintaining peak performance for each event and only getting outdoors when I had “free time”. Then, about a year ago, I tore my labrum in my left shoulder while climbing. After undergoing surgery to repair the tear in December, I found myself needing to to fill the void that climbing had left with another activity while I rehabilitated my shoulder. Hiking proved to be the perfect activity, as it combined a non-impactful lower-body workout with the ability to discover new areas with friends in the great outdoors.

Now that I’ve had the opportunity to journey to these five magnificent parks, the next step is to share my experiences with you. Grab your hiking boots and plenty of food, water, and sunscreen, here are some tips to help you plan your perfect adventure in some of America’s greatest outdoor areas. 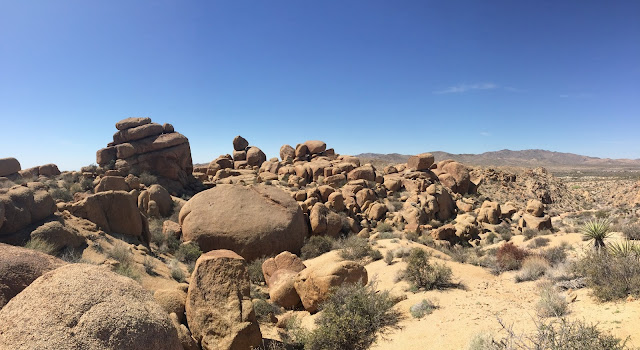 Overview:
As our first stop on this Southwest tour, Joshua Tree certainly has a lot to offer. From breathtaking vistas to windswept valleys, J-Tree is the ultimate desert hotspot for anyone looking to try out some hiking or climbing in a location straight out of a Dr. Seuss book.

Camping:
Cottonwood Campground includes a fire pit and access to a bathroom with running water with each site. If you’re lucky, you may run into fellow campers with stargazing telescopes who will let you take a peak through the lens at distant galaxies in the night sky. $20/night.

Recommended Hike:
Lost Horse Mine Trail (6.7 miles) offers an excellent and mostly flat tour around an old mine. 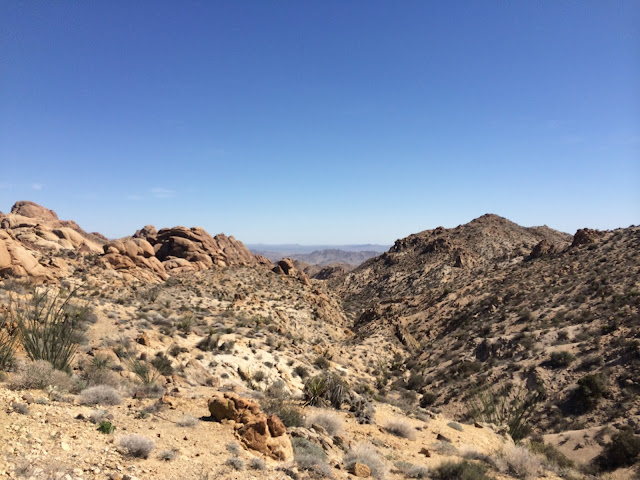 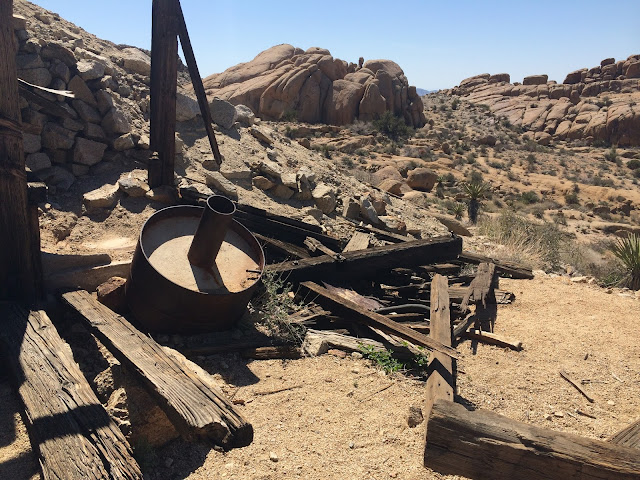 Overview:
Described by Theodore Roosevelt as “The one great sight which every American should see”, there’s a reason why Arizona’s state nickname is ‘The Grand Canyon State’. Stretching over 277 miles in length, up to 18 miles wide and over 2,600 feet deep, The Grand Canyon truly earns its place as one of the seven natural wonders of the world.

Camping:
Mather Campground includes a fire pit and access to a bathroom with running water with each site. $18/night.

Recommended Hike:
Bright Angel Trail (12 miles) is the most iconic day hike into the Grand Canyon. Commencing at the canyon rim, the trail descends steeply for 4.5 miles before leveling off and leading to a scenic overlook of the Colorado River. CAUTION: Plan for at least 2-3 times as much time to ascend out of the canyon as it took you to descend, keeping in mind the total elevation drop of about 3000 feet. Bring plenty of water and electrolytes to avoid heat stroke.

Overview:
Located close the border of California and Nevada in the Mojave Desert, Death Valley the lowest, driest, and hottest place in North America. Far from being a deterrent, however, these distinguishing characteristics give Death Valley its signature desolate beauty and allow it to transport any visitor to another world with its supernatural landscapes. Here you can uncover the mystery of the Sailing Stones, stand 282 feet below sea level at Badwater Basin, and follow in the footsteps of your favorite Star Wars characters as you travel through iconic filming locations for Star Wars Episode IV.

Camping:
Furnace Creek Campground includes a fire pit and access to a bathroom with running water with each site. $12/night from April 16 to October 14 (walk-ups), $18/night otherwise.

Recommended Hike:
Gower Gulch Loop Trail (6.7 miles) offers a stunning palette of desert scenery, complete with a gorgeous view from Zabriskie Point at the halfway mark. Don’t miss the Manly Beacon or the Star Wars scene-matching area at the beginning of the trail.

Overview:
Home of the tallest trees on earth, Sequoia National Park certainly serves up a tall order when it comes to natural beauty. Sequoia boasts both a Tunnel Tree that you can drive through as well as the illustrious General Sherman Tree, the world’s largest living tree by volume. Additionally, Sequoia also features over 400,000 acres of vast alpine wilderness, 84% of which is only accessible by foot or horseback.

Camping:
Cold Springs Campground is first-come, first-serve, includes a fire pit at each site, and has access to a pit toilet. Use the bear lockers for any food items (including toothpaste). Potable water available: May 20 to October 13. $12/night.

Recommended Hike:
Eagle Lake Trail (6.4 miles) can easily be one of the most gratifying hikes you will do in your lifetime. Starting out at the base of Mineral King Valley, the trail ascends a ridge that takes you up into the Sierras with beautiful vistas of the Great Western Divide. After an elevation gain of over 2,000 feet, the trail deposits you at the mouth of emerald-green Eagle Lake, a glacial paradise that is perched on top of the 10,000-foot peak you just climbed. 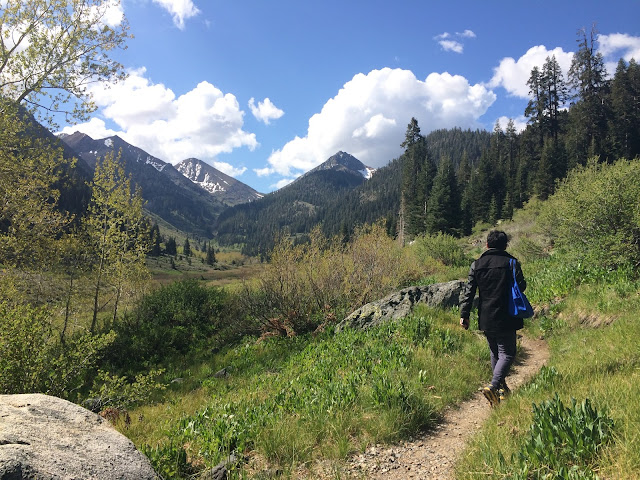 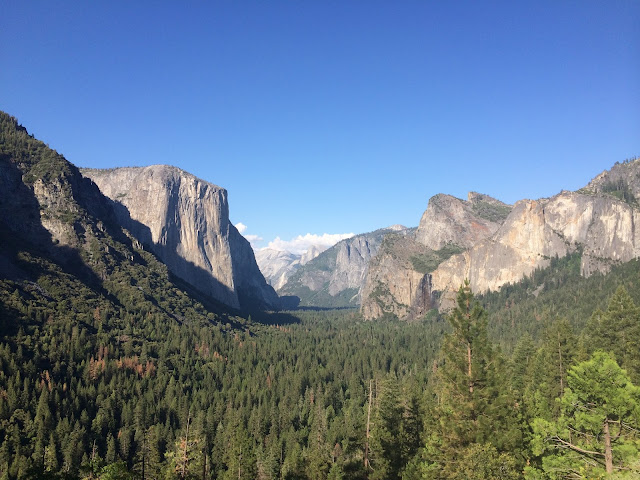 Overview:
Nestled in the Sierra Nevada Mountains just east of San Francisco, Yosemite is perhaps the most iconic National Park in the world. The raw natural beauty of the park paved the way for renowned explorer John Muir to help establish Yosemite Valley and its surrounding area as the 2nd-ever US National Park in 1890. Home to sheer granite cliffs such as El Capitan and Half Dome that attract climbers and visitors from all over the globe, Yosemite also hosts several spectacular waterfalls, massive sequoia groves, and a wide array of biological diversity. The park’s legacy has engrained itself into American culture, ranging from everything from the California State Quarter to the moniker behind Apple’s latest operating system, OS X. Yosemite is easily one of the top destinations to visit on earth.

Camping:
There are many places to camp in the park. The most historic place to camp would most likely be Camp 4, located near Yosemite Lodge. Listed on the National Record of Historic Places, Camp 4 is home to the world-famous Columbia Boulder and boulder problem Midnight Lightning, and is considered one of the birthplaces of modern-day rock climbing. Camp 4 has access to restrooms, running water, a bear locker, and comes with a fire pit at each site. $4/night.

Recommended Hike:
Although the Yosemite Falls Trail (7.2 miles) certainly is not to miss out on, I’d recommend the Mist Trail (also known as the Half Dome Hike) as the must-do in The Valley. Starting at the base of Half Dome, you can choose to venture up to Vernal Falls (3 miles roundtrip), Nevada Falls (7 miles roundtrip), or hike the cables on the backside of Half Dome to the summit (14 miles roundtrip). The best time to view the waterfalls is in the springtime when the snow melts.
Both sets of falls are breathtaking, but the view off the top of Half Dome certainly takes the cake. If you are planning to hike Half Dome, you will need to secure permits to do so in the month of March or apply for a daily permit at least two days in advance. 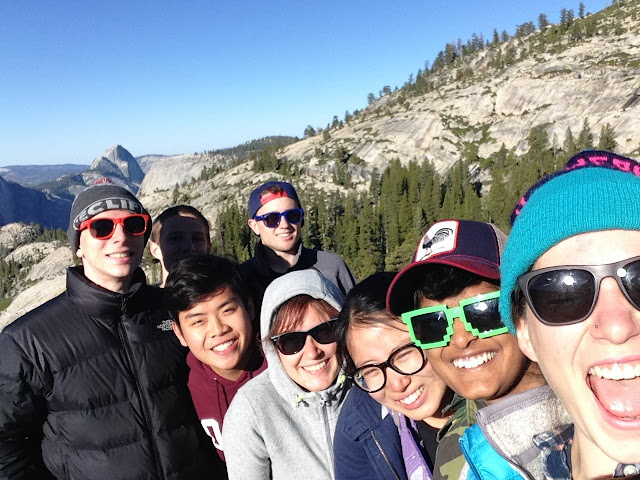 Hopefully this guide to National Parks in the Southwest will inspire you to embark on your own journey into the amazing wilderness that we are so fortunate to have access to. If you are planning on visiting as many parks as I did, it is well worth purchasing a National Parks Pass that will grant you admission to all National Parks for one full year. As always, stay on the trail, respect all closures and wildlife, pick up all trash (even if it isn’t yours), and leave no trace. That way, future generations will be able to enjoy the beauty of the outdoors for years to come.
Posted by Josh at Monday, September 21, 2015 1 comment: