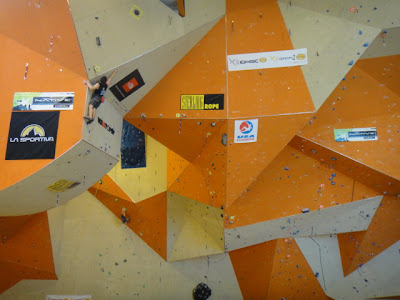 Just got back from Atlanta. Again. This time, I was there for the US National Team Training camp set up by Claudiu Videscelu, the US Team coach. The camp was six days long at Stone Summit, and everyone there was climbing at a level that pushed everyone to try harder on every single climb.
I trained for both difficulty and speed climbing, since I am competing in both events at the Youth World Championships in two weeks in Scotland. Overall, the training wasn't as bad as a normal day of practice, but after climbing for 3 hours in the morning and another 5 or so in the afternoon, my skin started to become more like shredded food. The speed climbing training was the hardest by far, and by the end of camp, there were blood trails on every single hold. 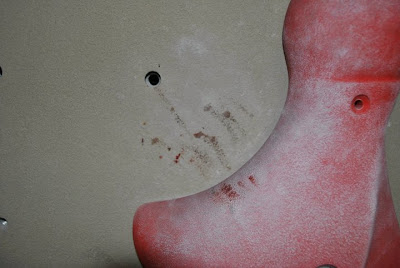 However, the camp got me stronger than I've ever felt before worlds. My routes endurance is way up, and I had a blast hanging out with everyone there at camp. I was especially psyched to climb with Ashima Shirashi, the little 9 year old girl that you probably saw sending Power of Silence (v10) in Hueco on DPM. This girl crushed all my projects in the lead cave and boulder area, and she's ready for more. Get ready for the future, everybody. 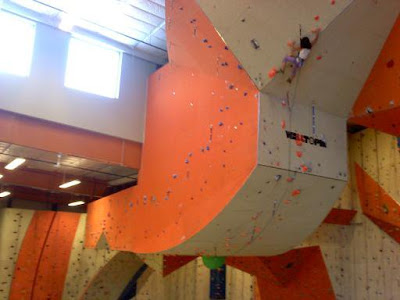 Ashima crushing the 13a in the roof

Fun camp, getting stronger for worlds every day. Live footage of the competition will be online during September 8-12th. Check it out at http://www.wyc-2010.com/ and get psyched to see some of the best youth climbers in the world compete on the biggest stage there is! USA!!
Posted by Josh Levin at Tuesday, August 24, 2010 1 comment:

Mickey's Beach: Some of the best North Bay bouldering the Bay Area has to offer. Last month I headed up with my friend Mitch Newman to check out the area yet again and see if we could hit up some of the harder problems in the area. Pretty good day overall. 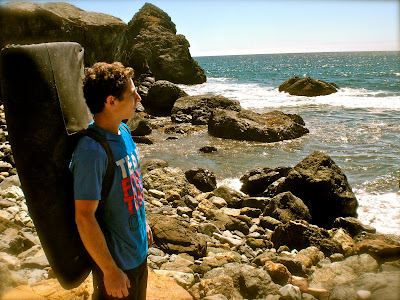 photo: Mitch Newman
We started out at the Orange Buddha Boulder and warmed up. I love the area around this boulder as there are tons of decent warm ups, some of them right above the surf of the Pacific Ocean. My favorite is a sandy v1 that directly faces the ocean and requires you to time exactly when you run out to hop on to avoid the tide that coasts in immediately after you start climbing. The entire time while climbing the problem, the ocean cascades below you and the fresh ocean air swirls all around. It's not something to miss out on.

After warming up, Mitch and I got on Orange Buddha Arete (v8) and I was able to fire it off in about 5 or 6 goes. Mitch sent it quickly after, sending again for the camera. Proud, dude! ...Especially since it's his hardest of the grade by far. We were both pretty psyched! I also sent the super long and pumpy Hammerhead Traverse (v7) after falling off the last hard move on my flash attempt. The problem traverses half the Orange Buddha Boulder and finishes up the warm-up crack at the end. The whole thing took me more than a couple goes to suss out the beta and figure out the finish. Cool problem though. 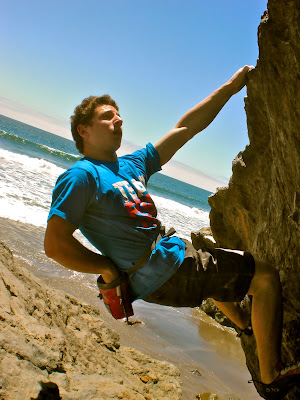 Hammerhead Traverse v7
photo: Mitch Newman
At the end of the day, Mitch and I headed just up the road to Stinson Beach and worked the area classics Manitou and Little Wing (v11 and v9, respectively) and got some cool shots while working some unknown beach problems on the High Tide Boulder. After almost sticking the crux move on the problems, we decided to call it a day and headed home. Can't wait to get back out there again. 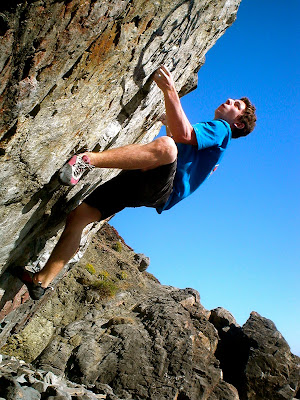 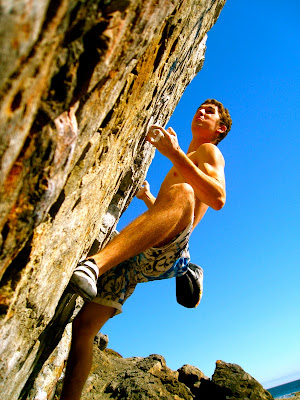 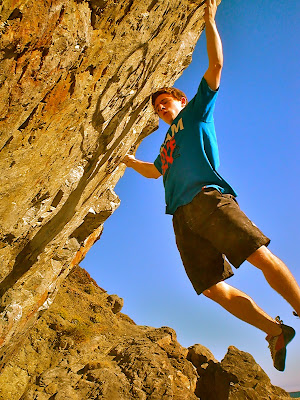 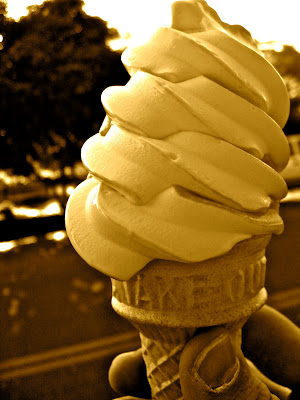 Ice cream at the local cafe. Don't miss out. 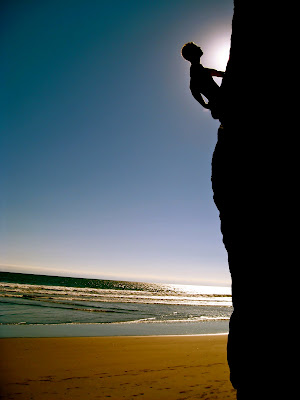