The Future of Competition Climbing?

The first time I stepped foot in Arco, Italy three years ago for the World Championships, I could immediately sense the historic weight of the location surrounding me. There’s just something magical about it that’s tough to put to words. Nestled in the foothills of the Alps, Arco is home to the birthplace of modern competition climbing as we know it, beginning with the first Rock Master festival in 1987. At the time, competitors scaled chipped lines in the surrounding limestone cliffs, fabricated by the “setters” specifically for the event. I remember watching footage Lynn Hill and Stefan Glowacz dominating the event and coming to the realization that the sport of competition climbing has come a long ways since then, even for how relatively young the sport is. This realization resonated with me especially strongly after the most recent competition season, where I was really able to see the contrast between the technical, intricate, and very linear style of competition days gone by and the new explosive style that climbing is maturing into.

Over the past few months, I’ve transitioned from bouldering competitions to training for sport climbing competitions and outdoor projects. Having finally aged out of the youth circuit, I set my main focus on competing in as many pro-level competitions as possible, finishing out my season in May with the Dominion Riverrock Boulder Bash in Richmond, Virginia. The sheer density of events I competed in was a new personal record, as I completed 13 different competitions (even with skipping Canadian Bouldering Nationals and the Vail World Cup) in just over four months.

Looking back on my season, the biggest takeaway point I’ve noticed is how much the competitions themselves have changed over the course of my climbing career. I started competing in national and international-level competitions in 2002, where I made it to finals at my first-ever Continental Championships in Berkeley, CA. The climbs at that point in time were very technical and rarely included showy or dynamic moves. Since then, competitions have moved steadily a more dynamic style, incorporating 3-dimensional movement and an abundance of features and volumes. Additionally, the next generation of climbers has continued to push standards in ways I’d never thought possible.
Starting with ABS Youth Nationals, the amount of creativity the routesetters produced was unparalleled in a youth climbing event. One problem in the semifinal round featured a drop-down move to a huge volume, which the competitors then had to turn around and hang upside-down to match the finish hold. Only a handful of competitors managed it, but the fact that youth competition climbs are getting to be as exciting as this shows how far they’ve come in the past decade, since youth bouldering competitions only came to prominence in the United States in 2004.

Having graduated from the youth bouldering circuit last year, the next logical step for me was to test my abilities in higher-level bouldering competitions. One of the more interesting events I attended was this year’s MIT Open competition, hosted by Central Rock Gym in Watertown. The final climb in finals consisted solely of several jugs separated by a huge gap, which could only be bridged by swinging on an Atomik Bomb. The move was solved in several different ways, ranging from my personal bat-hang beta, Andrew Kim’s campusing beta, and the obvious “wrecking ball” beta that involved wrapping your legs around the rope and swinging wildly.

Another such bouldering event to include futuristic moves this year was the CCS National Championships, where I was able to top out all three climbs in finals for a 2nd-place finish. All three climbs were unique in some way, from a bat-hang finish on problem 1, to a thumbdercling traverse (Tommy Caldwell style) on problem 2, to a Dark Horse-esque double-clutch move on problem 3.

Even World Cups have grown accustomed to this new style, with many problems on the circuit this year featuring some ridiculous double-clutches, dynos, and running-jump starts. One of the most intriguing of these was final problem 3 in Toronto for the men, which Guillaume Glairon Mondet solved by sitting on a volume in order to match the finish hold. His flash of this problem would eventually be enough to secure a World Cup victory at that stage. These displays of originality from the setters were yet another example of the progression of competition climbing.

One of my favorite events of the year is perhaps the most futuristic model of competition climbing in the world: the Dominion Riverrock Boulder Bash in Richmond, Virginia. Set on a steel cage instead of a wall, the setters suspended giant volumes (designed by master volume-builder Brent Quesenberry) at intervals up the 25-foot behemoth to create a climbing experience that has to be seen to believe. Bouldering between the volumes opens up an entirely new realm of competition climbing, where the 3-dimensional movement between the features allows for extremely dynamic and gymnastic moves between holds.

One final example of the new style that competition climbing is heading towards is this year’s Ring of Fire series. The series is based out of the Central Rock Climbing Gyms here in the Northeast with Shane Messer organizing and directing the comps. The events this year embodied the new competition style perfectly, from including some of the coolest volume sequences I’ve ever been on, dynamic yet intricate routesetting, and allowing the younger generation to display their impressive talent.

The series was broken down into three competitions: two qualifying events and the championship round. The winner of each of the first two rounds received an automatic bye into the finals of the championship round. In round 1, I was pitted head-to-head with 14-year old superstar Kai Lightner in a speed-lead superfinal on the women’s final route. Kai destroyed the route, besting my time by a staggering 25 seconds (silly me for thinking I could climb fast). In the second round I was able to squeak out a victory, ensuring my spot in the championship round finals.

Round 3 turned out to be the most impressive of all, with Kai and 13-year old Ashima Shiraishi both winning out over heavy favorites such as Delaney Miller, Daniel Woods, and Vasya Vorotnikov. In fact, Delaney and Ashima both topped their finals route, so they were put on the men’s route as a tiebreaker, where they effortlessly out-climbed nearly the entire men’s category. This incredible display of talent and skill from such young stars firmly cemented the next generation as the one to look out for as they continue to push the boundaries of our sport.

Looking into the future, it is difficult to discern where competition climbing will go. Sport climbing attempted (and failed) to become a sport in the 2020 Olympic Games, but is being included as a demonstration sport at the Youth Olympic Games later this year in Nanjing, China. I was fortunate to be selected by the IFSC as the sole US representative, which means I will have the unique opportunity to see and shape what direction the sport is headed. 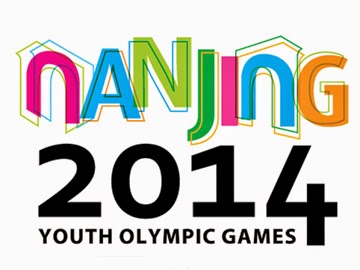 With all of these major changes making waves in the future of competition climbing, we must ask ourselves what comes next. From what I’ve seen, climbing competitions are moving away from the static, technical climbing style to dynamic, explosive, and 3-dimensional movement that has come to define the next generation of competitions and the group of young crushers that excel at them.

What will climbing comps look like in 10 years? 15? 20? Will climbing competitions become so disjointed from the actual sport of rock climbing that athletes will never once need to set foot on outdoor rock to succeed in competition? It’s certainly a real possibility. The most extreme end of the spectrum here can be looked at as NBC’s American Ninja Warrior, an extreme obstacle course that climbers have started to thrive at in recent years. Many people devote their lives to training for this course, much to the same extent of dedication climbers have towards climbing. Is this a positive or negative for the climbing community at large? I can’t say I know for sure.

One thing does remain certain: no matter where the sport of competition climbing goes, we still will have our ancestry deeply rooted in the mountains. Beginning with the very first days of competition in Arco, the sport of competition climbing has evolved over time, bringing with it an explosive new style that utilizes 3-dimensional movement to challenge the next generation of climbers. However, climbing still holds the same intrinsic appeal from one generation to the next. Whether it be Lynn Hill gracefully ascending the limestone cliffs of Italy or 13-year old Ashima Shiraishi taking down male competitors twice her age at the Ring of Fire Championships, the spirit of climbing endures, one move at a time.
Posted by Josh Levin at Wednesday, July 02, 2014