So… if you haven’t noticed, it’s been a while since my last post. I have been so caught up in school for the past three months I’ve barely noticed how long it’s been since I’ve posted any of my recent adventures in the climbing world. Now that I’m done with AP testing, prom, and a significant portion of my finals already, I can finally put down everything that’s happened in the last couple months. Bear with me here. I promise I’ll keep the reading light.

Back in March, (seems like so long ago now) I traveled out to Boulder, Colorado for the SCS US Open National Championships. I had a really good time with my friends who I stayed with on the trip, including Alex, Michaela, Joe, Shane, and a bunch of other kids who made the trip out to compete. I ended up placing 2nd in speed climbing and 9th in difficulty, putting me on the US Adult National Team for the second year in a row! This year, I earned an invitation to the 2011 Adult World Championships in Arco, Italy for difficulty and speed. I also received an invite for bouldering through a second-round invitation. Congrats to Dana Riddle, Sasha DiGiulian, Carlo Traversi and Alex David Johnson for winning Nationals this year! 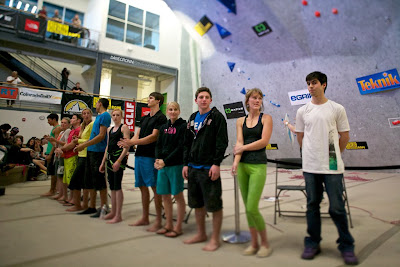 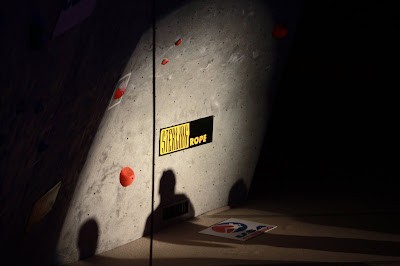 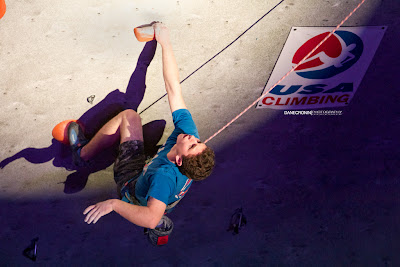 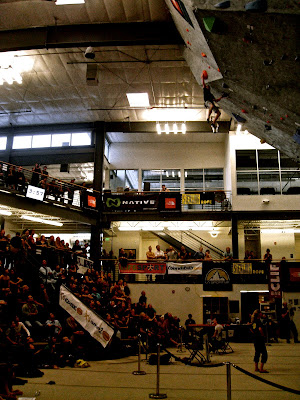 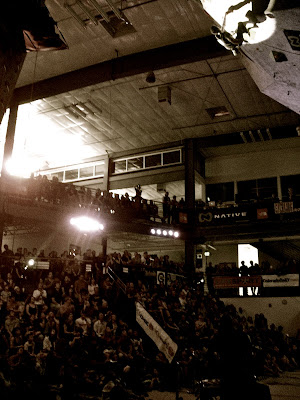 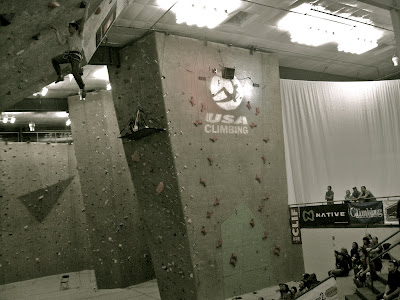 Carlo Traversi on Q2
The World Championships are without a doubt the largest climbing competition in the world, with over 700 of the best athletes in the world coming in for the event. Unless climbing becomes an Olympic sport, this will without a doubt be the biggest competition of my career. I will also be one of only three Americans competing in all 5 different categories: Sport Climbing, Speed Climbing, Bouldering, Team Speed Relay, and All-Around. PSYCHED.

Speed Finals
Video: Michaela Kiersch
I also got to compete at the Planet Granite Friction Series in April, which was a fantastic event this year with an added onsight final at the end. The routes and the atmosphere were great, and there was lots of pizza for the after-comp party. I made it to finals with Mike Kerzhner and Brett Ashton, and won the comp by getting to the last clip on a sick arch climb that the PG setters put on for the comp. Thanks PG for putting on such an amazing event! Can't wait for next year for sure. Also, thank you James and Katie for coming to support! 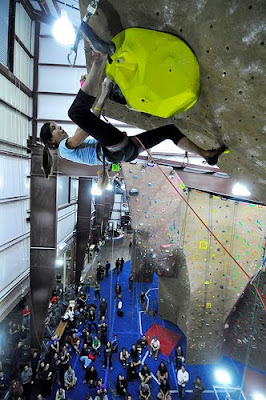 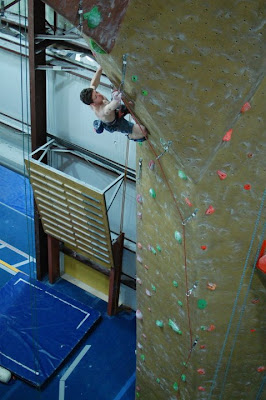 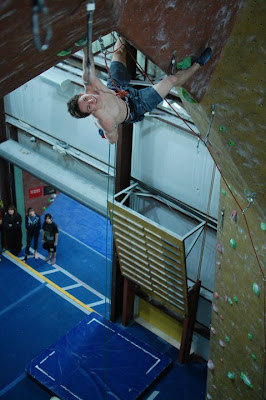 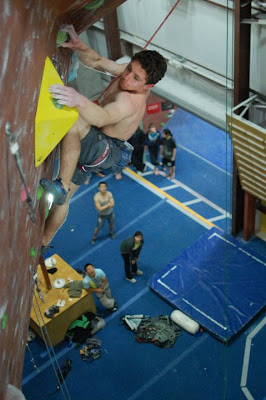 Spring Break consisted of visiting my best friend Charlie down in LA for a weekend of touring college campuses and climbing at his local crag, Echo Cliffs. We both ended up sending State of Grace (.13c) third try, which was probably the most productive I’ve ever been on a hard climb that could’ve easily been project status for either of us. The fact that we were both working on the same thing and could give each other beta worked out amazingly well, which is why it’s always fun whenever I go on trips with him. Can’t wait for this summer, bro! 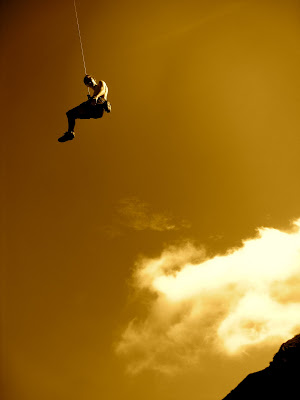 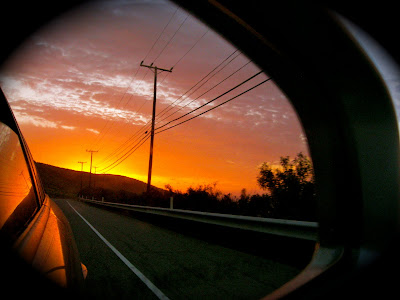 PCH at sunset
More recently, I competed in my first and only local comp of the season at Rocksport (which I always try to get out to every year) in Reno, Nevada. Charlie came up for this comp as well, and we had a great time competing in the comp and in finals afterwards. I won the comp this year by topping out one of the coolest problems they’ve ever put up at the gym. I then competed at the Youth Regional Championships at Rocksport two weeks later and won my category for difficulty and speed, which earned me an invitation to the Youth Divisional Championships in two weeks in Salt Lake City, Utah. 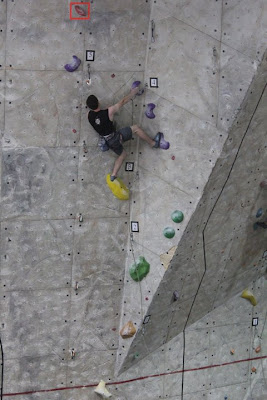 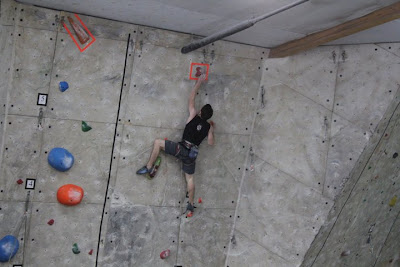 Finals route at Regionals
photo: Rod Grossman
Regionals Finals Route
Video: Richard Levin
Phew. That was a lot of stuff crammed into one post. Definitely blaming AP testing for this one. I will be posting more over the summer about Nationals and my Europe adventures, so keep posted and thanks for reading!
Posted by Josh Levin at Sunday, May 29, 2011